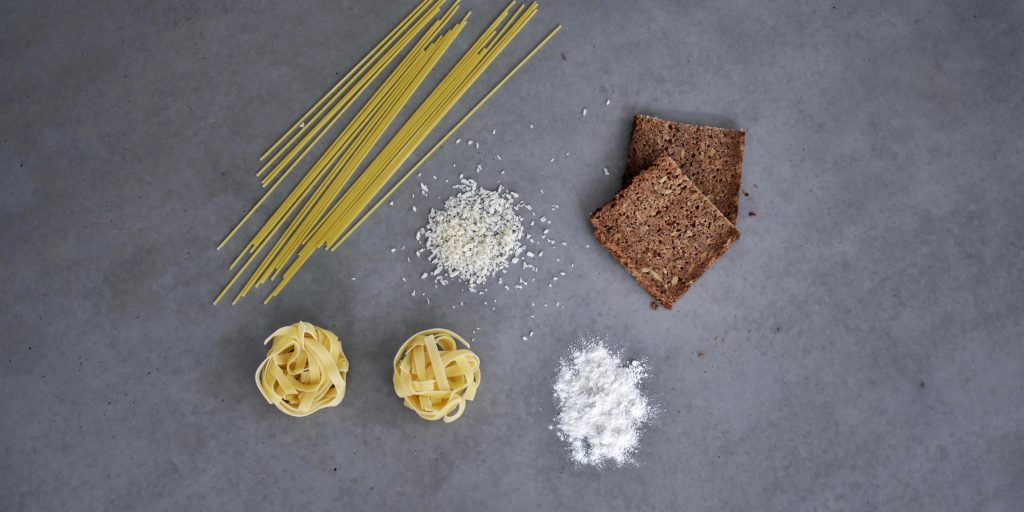 Gluten Intolerance and what you need to know

Gluten intolerance has had much attention in the media over the past few years, especially when Novac Djokovic claimed part of his sporting success was due to his gluten-free lifestyle.  But what exactly is gluten intolerance? And how does it affect the body?

Gluten is made up of two main groups of proteins called glutenins and gliadins. They act as a ‘glue’ that helps food maintain its shape.  With gluten sensitivity, a person may react to either of these proteins, or to one of the smaller units that make up gliadin, which can cause a sensitivity reaction leading to inflammation.

Gluten is mostly consumed through eating wheat; but it is also found in many other grains including rye, barley, kamut, bulgur, and spelt.  It is added to most processed foods as well as personal care products as a stabilising agent.  It is found in anything from spreadable cheeses, margarines, ice-creams, sauces, gravies, to even hair conditioners and mascara.

GLUTEN SENSITIVITY AND THE GUT

Gluten sensitivity or any other type of food sensitivity is usually either because of an inflammatory response set off by the immune system or due to a lack of the enzymes needed to digest certain particles in a food. With gluten sensitivity, its ‘sticky’ attribute can interfere with the absorption and breakdown of much needed vitamins and minerals in our food leading to all kinds of nutrient deficiencies.  When food is poorly digested, it leaves a pasty residue in the gut, which causes an immune reaction, resulting in an attack on the lining of the gut wall.  When the body negatively reacts to food, it attempts to control the damage by activating the immune system to send out inflammatory messenger molecules to label the food particles as enemies. This process often damages tissue, leaving the walls of the intestine compromised, a condition known as ‘leaky gut’.  Leaky gut makes you much more susceptible to developing additional food sensitivities and puts you at risk for developing autoimmune disease.

Even though some people may not experience any gastrointestinal issues from eating gluten, they can still be experiencing a silent attack elsewhere in their body, very often the nervous system.  It is often much easier to know you are sensitive to food if you are experiencing digestive issues such as bloating, gas, pain, constipation or diarrhoea, but the brain can be affected at a molecular level without initially being aware of it.  Unless someone is nursing a headache or managing a neurological problem, it can be hard to know what is going on elsewhere in the body until it is too late.  When it comes to the brain, once someone has been diagnosed with dementia, turning the damage around is hard.  Increasing numbers of studies are confirming the link between gluten sensitivity and neurological dysfunction.  Early signs of gluten sensitivity affecting the brain can include headaches, migraines, insomnia, anxiety, and depression.  In fact, gluten intolerance could be the underlying cause to any chronic inflammatory state in the body and the mind.

Celiac disease is an extreme autoimmune reaction to gluten sensitivity.  It occurs when an allergic reaction to gluten causes damage to the villi, small finger-like projections that line the small intestine, that are essential for nutrient absorption. Once these villi are damaged, they are unable to repair themselves; nutrients cannot be absorbed properly into the body leading to other issues as a result of inadequate nutrient absorption.  Currently people are only diagnosed with celiac disease once they have it.  There are no medical tests available that warn people against the possibility of developing celiac disease in the future. Once you have celiac disease, the health implications are often quite complex.  Gluten sensitivity can involve any organ or tissue in the body, even if the small intestine is spared.  So while a person may not have celiac disease by definition, the rest of the body can be at risk if that person is sensitive to gluten.

Many people ask why if gluten is so bad, have we managed to survive eating it for so long?  The short answer is that we are not eating the same type of gluten today that our ancestors ate.  Modern gluten grains have been modified by food manufacturing processes and genetic bioengineering, growing grains with forty times the gluten cultivated just a few decades ago.  And what is even more worrying is that modern gluten grains are more addictive than ever.

People often respond ‘but I just love bread, I could never give it up’.  That feeling is because gluten breaks down in the stomach to become a mix of polypeptides that can cross the blood-brain barrier.  Once they gain entry into the brain, they bind to the brain’s morphine receptor sites to produce a sensorial high.  This is the same receptor sites to which opiate drugs bind and this creates their pleasurable and addictive effect.

When it comes to eating gluten, quality and moderation is key.  Opt for sourdough breads made using traditional fermentation methods.  Be aware of highly processed gluten-free products available in most stores today. Even though a food is labelled ‘gluten-free’, does not mean it is good for you.  Some wholefood gluten-free alternative grains include rice, millet, amaranth, arrowroot, buckwheat, potato, quinoa, sorghum, tapioca, and teff.  Oats are often contaminated with gluten, so make sure you buy gluten-free oats only.

For more information about how to follow an Elimination Diet or to discus a suspected food intolerance, please get in touch with me at info@lelaniloubser.com.  I offer a 30 minute free consultation to anyone who would like to discuss their health issues with me.